Throughout history of our times women have been important figures to our being.  The strength, determination and wisdom they behold are not to be taken for granted.

March is a very powerful month.  It’s the way of the feminine.  With rebirth and the flowering of spring it’s a perfect month to honor the history of women in the world and in our lives.

Here are some women I have been fascinated by.  They were all inspirational and influential visionaries in their own right.

Hatshepsut, the female King of Egypt.  She attained unprecedented power for a woman adopting the full title and regalia of Pharaoh and was the longest reigning female pharaoh in Egypt, ruling for 20 years in the 14th century B.C.  She truly care about people and the world around her.  She seemed to be a very spiritual woman with a beautiful mind and a love for beauty.  She is considered one of Egypt’s most successful pharaohs.  Hatshepsut’s successful transition from queen to pharaoh was, in part, due to her ability to recruit influential supporters.  Under Hatshepsut’s reign, Egypt prospered. Unlike other rulers in her dynasty, she was more interested in ensuring economic prosperity and building and restoring monuments throughout Egypt and Nubia than in conquering new lands.  She was one of the most prolific builders in ancient Egypt, commissioning hundreds of construction projects.  Her greatest achievement was the enormous memorial temple at Deir el-Bahri, considered one of the architectural wonders of ancient Egypt. She also reestablished trade networks that had been previously disrupted.  She created a trading expedition to Punt.  Using 5 ships many trade goods were bought in Punt most notably frankincense and myrrh.  31 myrrh trees returned and they were the first recorded attempt to transplant foreign trees.  She charred the frankincense and ground it into kohl  eyeliner. This is the first recorded use of the resin.  In Ancient Egyptian women were given far more respect by society than most other societies of the time , but it was still extremely unusual for a woman to become Pharaoh.  She did a phenomenal job. 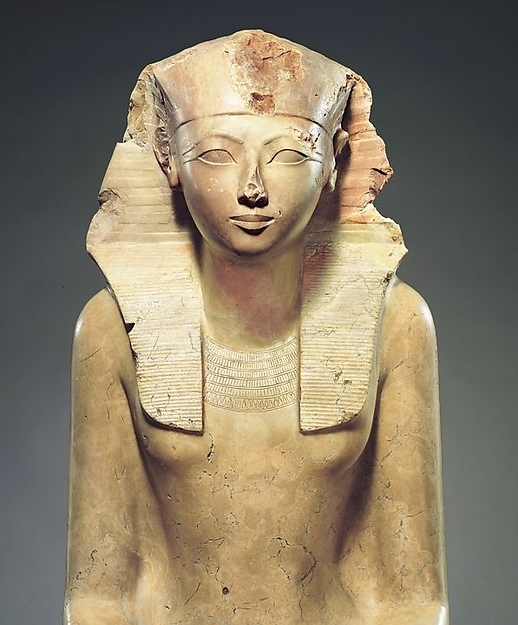 Eliza Souvielle  (October 21, 1851 – March 31, 1930) was a poet, astronomer, botanist and the first woman to lecture on Science at Harvard University She wrote The Ulyssiad  which was a biography of Ulysses Grant  in verse. She was also  involved in civic affairs, supporting such organizations and their causes as the Home for the Aged, the League of American Pen Women, and the Illinois Woman’s Press Association.  Being a scientist herself, she was a member of the American Association for the Advancement of Science, and she took an active role in the Women’s Suffrage Movement. 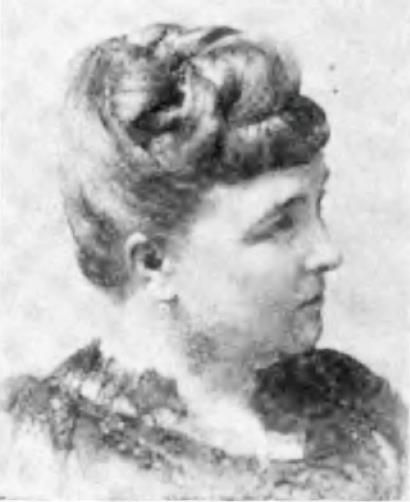 Vivian Maier (February 1, 1926 – April 21, 2009) was an American street photographer born in New York City.  She was a nanny and caregiver who ventured into the art of photography.  She consistently took photos over the course of five decades.  She would ultimately leave over 100,000 negatives, most of them shot in Chicago and New York City.  Vivian would further indulge in her passionate devotion to documenting the world around her through homemade films, recordings and collections, assembling one of the most fascinating windows into American life .  She was very private but her massive body of work would come to light when in 2007 it was discovered at a local thrift auction house on Chicago’s Northwest Side.   From there, it would eventually impact the world over and change the life of the man who championed her work and brought it to the public eye, John Maloof.  Her photos also betray an affinity for the poor, arguably because of an emotional kinship she felt with those struggling to get by. 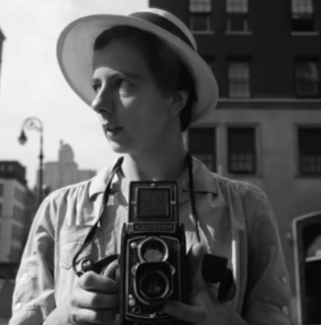 Georgia O’Keeffe was born on November 15, 1887, in Sun Prairie, Wisconsin and studied at the Art Institute of Chicago and the Art Students League in New York.  She was a 20th century American painter and pioneer of American modernism best known for her canvases depicting flowers, skyscrapers, animal skulls and southeastern landscapes.  Photographer and art dealer Alfred Stieglitz gave O’Keeffe her first gallery show in 1916 and the couple married in 1924. Considered the “mother of American modernism,” O’Keeffe moved to New Mexico after her husband’s death and was inspired by the landscape to create numerous well-known paintings. Georgia O’Keeffe died on March 6, 1986 at the age of 98. 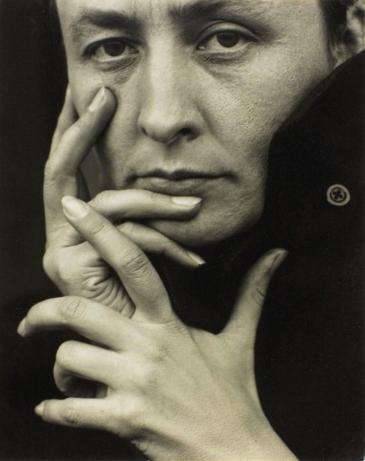 Dorothea Lynde Dix was born in 1802  She was a social reformer whose devotion to the welfare of the mentally ill led to widespread international reforms. After seeing horrific conditions in a Massachusetts prison, she spent the next 40 years lobbying U.S. and Canadian legislators to establish state hospitals for the mentally ill. Her efforts directly affected the building of 32 institutions in the United States.  The course of her life changed in 1841, when she began teaching Sunday school at the East Cambridge Jail, a women’s prison. She discovered the appalling treatment of the prisoners, particularly those with mental illnesses, whose living quarters had no heat. She immediately went to court and secured an order to provide heat for the prisoners, along with other improvements.  But that was not enough for her.  She was a great humanitarian who established humane treatment at asylums  for the mentally ill.

Maya Angelou (April 4, 1928 – May 28, 2014) was an American poet, author, singer, dancer, college professor, historian and civil rights activist. She published seven autobiographies, three books of essays, several books of poetry, and was credited with a list of plays, movies, and television shows spanning over 50 years. She received dozens of awards and more than 50 honorary degrees.  She was a determined woman  who forged ahead, challenged herself and changed the world in small and large ways for more than 80 years.  She was born poor yet managed to overcome circumstances and lead a rich and triumphant life.  Throughout her work, themes of individual power resonate, with an emphasis on “equal pay, equal respect, equal responsibility for everyone.” She emerged as a role model for resilience and fierce self-respect.  She did things on her own terms a greatly respectable quality in any human being  “I had to trust life, since I was young enough to believe that life loved the person who dared to live it.” That is how Maya Angelou recalled herself at age 30.

Mexican artist Frida Kahlo (1907-1954) is remembered for her self-portraits, pain and passion, and bold, vibrant colors. She is celebrated in Mexico for her attention to Mexican and indigenous culture and by feminists for her depiction of the female experience and form.  She became a countercultural symbol of 20th century, and created a legacy in paint that continue to inspire the imagination and mind.

Marilyn Monroe (born Norma Jeane Mortenson; June 1, 1926 – August 5, 1962)  is an Icon for many well known reasons.  She grew up poor without her natural parents as her mother was mentally ill.  That is such a challenge for a child.  In spite of that she learned to grow, learn, become more intelligent than people gave her credit for, and make something of herself that only some can imagine.  She had such a vulnerability that was beautiful, and the courage to go for what she wanted. 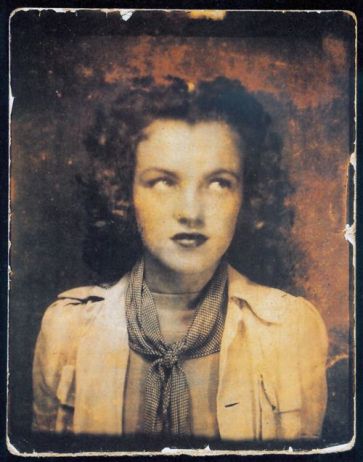 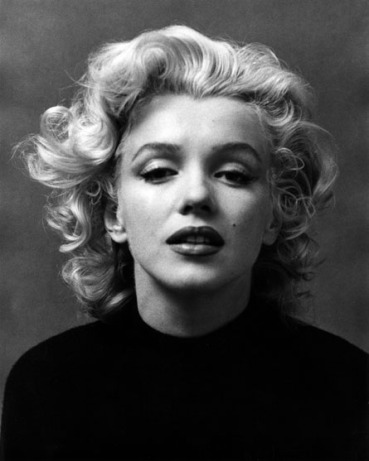 In my own personal life I have been bless to have a few great women surrounding me.

My grandmother Natalie who raised 7 children mostly on her own.  She showed what unconditional love was.  In spite of her health problems during her life she still had a peaceful grace about her.  She was a hard worker who raised a mentally challenged son who lived with her her whole life.  She was a strong woman who came from a strong Armenian background.  Her parents escaped the Armenian Genocide in 1915 to come to Wisconsin.  She always showed us love and that was the most important part. 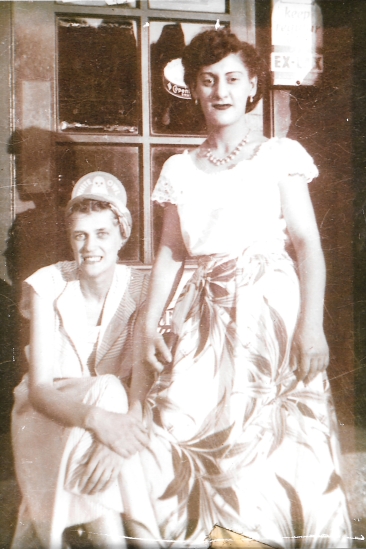 My grandmother Virginia was the most influential woman in my life as well as my mother’s.  She was a strong woman with the beauty and grace of any famous woman out there.  She was an independent do it yourself kind of woman who had tons of humor.  Those traits carried her through her life into her 90’s.  She was a role model for me.  She showed me so much unconditional love and respect, it goes beyond words.  We were so connected, a bond that can never be broken even as she left this earth, yet a woman who can never be replaced.  We were 3 generations who took care of each other.  I learned so much just being with her.  She always took time with me and we thoroughly enjoyed each other’s company.  She was a caring and compassionate soul.  The wisdom and the memories she passed on to this family will never be forgotten.  I know she is still with us.

What women have been most influential to you in your life?  How has the history of women shaped your life?

14 thoughts on “Influential Women in History”